The Net Zero Carbon Buildings Commitment challenges companies, cities, states and regions to reach Net Zero operating emissions in their portfolios by 2030, and to advocate for all buildings to be Net Zero in operation by 2050. Transforming the built environment requires an historic global collaboration. It will require measuring the carbon footprint of every project during design, build and operations, and Net Zero Carbon certification for every project. Our success depends on sharing expertise, tools, and technologies, and a vision of positive transformation.

Kate Simonen, AIA, SE is founding director of the Carbon Leadership Forum, an industry-academic collaboration highlighting the carbon impact of the built environment, and developing pathways for “carbon smart” buildings to be part of the global climate solution. She is an Associate Professor at the University of Washington, a writer, and a researcher with significant professional experience in high performance building systems, seismic design and retrofitting, net-zero energy residential construction, prefabrication and collaborative practice. She authored the authoritative Life Cycle Assessment and the LCA Practice Guide. 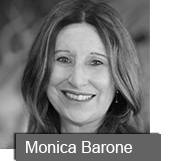 Monica Barone has been the Chief Executive Officer of the City of Sydney since 2006. In this time she has overseen the development and implementation of the City's long term vision for Central Sydney - Sustainable Sydney 2030. She manages approximately 3000 staff and contractors, an annual Capital expenditure and Operational expenditure budget of approximately $880 million (2015/16) and $7.6 billion dollars of net assets including the Council's commercial property portfolio. In 2015 the City of Sydney processed over five billion dollars of new development. The City's major projects are the CBD Light Rail (initiated and partially funded by City of Sydney but now managed by Transport for NSW) and the $13 billion Green Square Urban Renewal site. Since her appointment the City has completed hundreds of infrastructure projects including active transport, community facilities and parks - winning over 90 national and international awards. 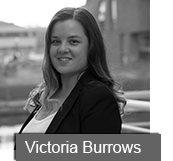 Victoria Burrows is Head of Advancing Net Zero, the pioneering World Green Building Council global project to ensure that all buildings are net zero carbon by 2050. In this role, Victoria oversees and supports Green Building Councils participating in the project, as well as a number of other partnerships which provide funding and support, marketing and communications, and the Net Zero Carbon Buildings Commitment. The Commitment, which will be officially launched at the Global Climate Action Summit, serves to promote and inspire advanced climate action towards decarbonisation of the built environment from Business and Government. Victoria co-authored the book: A Whole System Approach to High-Performance Green Buildings. 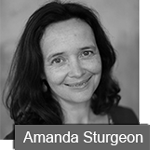 Amanda Sturgeon, FAIA is the CEO of the International Living Future Institute (ILFI), a leading organization that focuses on the transformation to a world that is socially just, culturally rich and ecologically restorative. She is the author of Creating Biophilic Buildings (November 2017), the founder and driving force behind the organization’s Biophilic Design Initiative and is a sought-after expert on biophilic design around the world. Amanda is an award-winning architect who enjoyed a successful 15-year career working to harmonize the relationship between people and nature on projects such as Islandwood on Bainbridge Island, Washington. In 2013 she was elected as a Fellow of the American Institute of Architects (AIA) in recognition for her extensive advocacy and volunteer service to the green building movement, for which she has been a visionary leader. She was named one of the top ten most powerful women in sustainability in 2015 as a recipient of the Women in Sustainability Leadership Award. 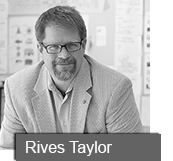 Rives Tayolor directs Gensler’s Design Resilience teams and is a recognized global expert in resilient and sustainable design. Rives has contributed to several publications including WIRED and Fast Company and is a member of the prestigious AIA Fellowship. Rives has taught at the University of Houston and Rice University for the past 25+ years.