Baudouin I, King of Belgium

It takes twenty years or more of peace to make a man; it takes only twenty seconds of war to destroy him.

If we fight a war and win it with H-bombs, what history will remember is not the ideals we were fighting for but the methods we used to accomplish them. These methods will be compared to the warfare of Genghis Khan who ruthlessly killed every last inhabitant of Persia.

Son of man, keep not silent, forget not deeds of tyranny. Cry out at the disaster of a people, recount it unto your children and they unto theirs. From generation to generation the hordes swept in, ran wild and savage and there was no deliverance, valiance, and revolt. How the mighty are fallen, the great in spirit and stout of heart, walking to their death with a halo of eternity. 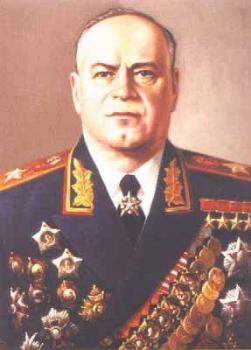 Permit me, in the name of the Front Command, to present you with the keys to the Crimea.

The world has achieved brilliance without wisdom, power without conscience.  Ours is a world of nuclear giants and ethical infants.  We know more about war that we know about peace, more about killing than we know about living.

The way to win an atomic war is to make certain it never starts.

Wars can be prevented just as surely as they can be provoked, and we who fail to prevent them, must share the guilt for the dead.

We have grasped the mystery of the atom and rejected the Sermon on the Mount.

I have returned many times to honor the valiant men who died…every man who set foot on Omaha Beach was a hero.

War: A wretched debasement of all the pretenses of civilization.

Japan…is operating in the pacific in the hope of extending her hold over New Guinea…from such a position she…could carry out raids on Australia…whilst awaiting our final defeat by Germany.

I have a very difficult time, and I have to admit it: I cannot...I cannot forgive. I cannot forgive, and I do blame...I blame the German people a great deal because I felt that they were passive, they turned away, they have the audacity still today to say that they didn't know. I'm sorry. That's unacceptable...that's unacceptable...it can't possibly...how can you not smell. They had to. They have to. And until they own up to it, I'm sorry, I can't.